Wolfcraft Furniture has its roots in the mid-1900’s when three brothers were born into a farming family of sixteen children. Arnold, Patrick, and Randal Wolf (born 1947, 1956 and 1957) acquired practical skills and moral ethics in this large family atmosphere, creating a strong foundation for Wolfcraft.

After completing high school, the brothers left the family farm and parted ways. Arnold founded and maintained his own farm for ten years. Patrick joined the Marines and served in the Third Marine Air Wing. Meanwhile, Randal attended UW-Eau Claire and received a bachelor’s degree in mathematics.

When God’s will called the brothers home in 1980, their common passion for woodworking prompted them to form a partnership. Wolfcraft began in Arnold’s small garage in Chili, Wisconsin. Initially, a small number of appreciative customers enjoyed their personal services which ranged from cabinet manufacturing to home remodeling.

The growing demand for quality cabinetry sent retailers searching for skilled, local carpentry, launching Wolfcraft unexpectedly into the wholesale marketplace. After being in business less than two years, the additional demand created by the waterbed era made a new facility necessary. 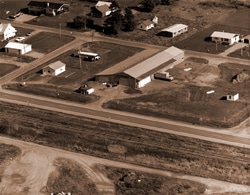 In June of 1981, Wolfcraft purchased a 10,000 square foot building in Unity, Wisconsin, which remains their present location today. There were initial concerns about the excessive space, but it was put to quick use when steady growth prompted the brothers to hire their first employees. The once overwhelming space soon became inadequate. In 1987 Wolfcraft added their first of several additions. 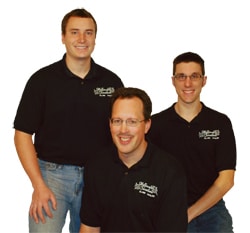 To date, Wolfcraft proudly remains family owned and operated. By 2009, management and ownership of the company had been assumed by Preston, Chris, and Adam Wolf, sons of the original owners. Despite growth and change, the strong allegiance to the morals and principals in which the company was founded has remained. Dedication to quality and excellence has also remained steadfast thanks to a talented group of employees that shares the vision of Wolfcraft. The Wolf family confidently agrees that their faith in God has been the main ingredient to a successful business.

“How good and how pleasant it is for brothers to dwell together in unity.”
Psalms 133:1